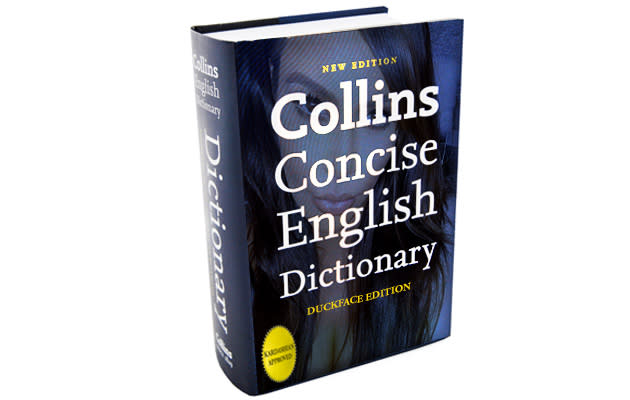 How does the fusty council of elders that compose Collins' English Dictionary spend their time? Just like the rest of us, they're messing around on Twitter. In preparation for the twelfth edition of the tome, its creators have asked the site's users to vote for one of nine words to become an official part of the English language, just like sext and selfie. The options run from Gaybourhood (a Gay-friendly neighborhood), through Felfie (farmer-selfie), Duckface (don't make us explain this one) to Euromaidan (a pro-European protestor from Ukraine). You'll be able to vote between now and May 28th, after which we're going to commence a campaign to get the word Chumbumble, which we just invented, into the thirteenth edition.

In this article: Collins Dictionary, Collins English Dictionary, Dictionary, poll, Twictionary, wedgies
All products recommended by Engadget are selected by our editorial team, independent of our parent company. Some of our stories include affiliate links. If you buy something through one of these links, we may earn an affiliate commission.