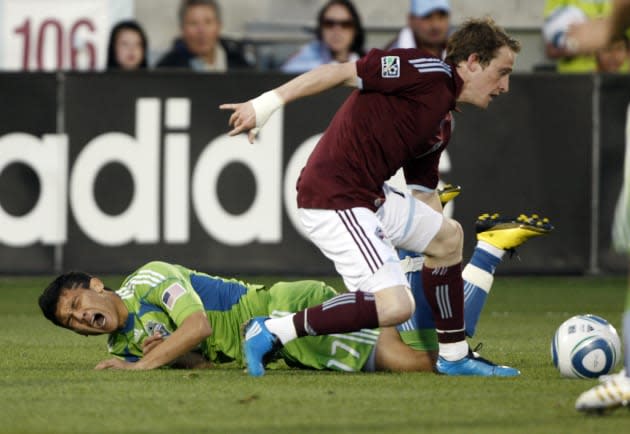 ESPN's latest Major League Soccer news could be a boon for cord-cutters. At the moment, there are a few different ways to watch the sports channel's soccer football offerings, but they require a pay TV subscription to do so. According to Reuters, though, that could change in the future. Company president John Skipper says that he's looking for ways to increase revenues for his company and sees a direct-to-consumer sales approach as a possible step toward that. The reasoning? Well, he forecasts that digital advertising revenues (online ads, bumpers during V-O-D broadcasts) will be the "most promising" area of growth over the next two to three years. Skipper mentions the network's recent purchase of rights to digital MLS broadcasts is a clue to future plans, but was quick to note that none of these plans are "very far along." Despite that, Reuters' anonymous sources still claim that a firm plan could be in place within a few months and that the games could be offered through the ESPN3 app -- hopefully via Roku too.

In this article: ESPN, football, hd, hdpostcross, mls, Soccer, streaming, StreamingVideo, VOD
All products recommended by Engadget are selected by our editorial team, independent of our parent company. Some of our stories include affiliate links. If you buy something through one of these links, we may earn an affiliate commission.