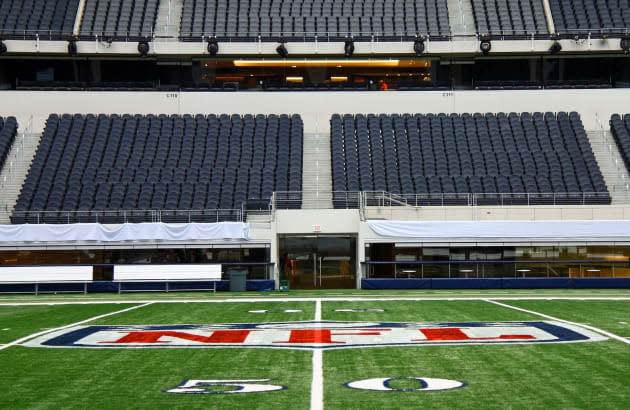 The National Football League has yet to formally launch its new digital network, NFL Now, but there's no doubt it will be fully prepared once it does. As such, the NFL has announced that Roku will join Microsoft, Yahoo and Verizon as distribution partners for its upcoming online video service. In other words, you can expect NFL Now to be available on Amazon's Kindle Fire and Fire TV, as well as Roku streaming boxes when it launches in August. Apps for iOS, Android, Windows devices and "select" game consoles are also set to be ready from day one.

On a slightly similar note, fast food giant McDonald's is set to become a sponsor for NFL Now, which, perhaps, signals that big companies are liking the NFL's fresh idea -- Verizon and Gillette have been on board since the original announcement, for example. The NFL says even more sponsors and distribution partners are due to be revealed in the days leading up to the launch of NFL Now. As a refresher, NFL Now will allow football fans to build out a personalized content experience on the web, based on what their favorite teams are and the players they follow. There's going to be original content, press conferences, productions from each league team, highlights and on-demand game replays, to mention a few things.

In this article: Amazon, FireTV, Football, hdpostcross, Kindle Fire, National Football League, NationalFootballLeague, NFL, NFL Now, NFLNow, Roku, Sports
All products recommended by Engadget are selected by our editorial team, independent of our parent company. Some of our stories include affiliate links. If you buy something through one of these links, we may earn an affiliate commission.