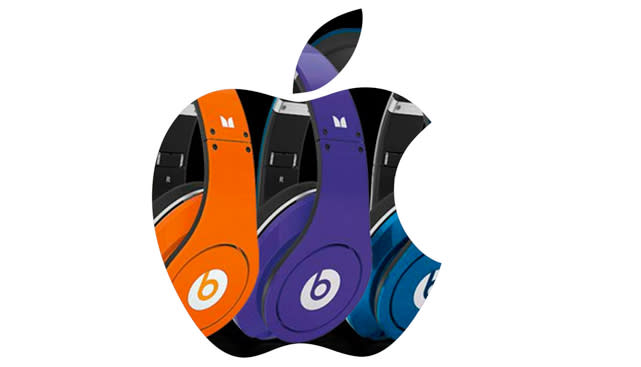 I've written about some silly Apple rumor articles in the past, but I've never seen a piece get so many things wrong as quickly as this Apple/Beats writeup by Mark Hibben on Seeking Alpha (which was then regurgitated on PCMag). Called "Why The Apple/Beats Deal May Be Dead," the article was published on May 27, roughly 24 hours before the deal was officially confirmed.

Hibben starts off by attacking the rationale for the theoretical deal, pointing to Billboard articles which suggested that, amongst other things, iTunes Radio is a flop and Apple finds Beats to be more ideal. He does a brief takedown on articles by David Goldman and Ben Thompson who used these theories as their basis for support of an Apple/Beats deal, before wrapping up with "Can $3.2 billion worth of desperation ever really be cool?"

No, but apparently $3 billion can be.

I'll let Tim Cook's quote from an interview with the Wall Street Journal speak for itself here: "We love the subscription service that they built -- we think it's the first one that really got it right."

Sounds to me like Apple absolutely adores the Beats service, and the suggestion that Apple finds it superior to even the company's own iTunes Radio service, which provides ad-free listening with an iTunes Match subscription, is spot-on.

The next sticking point for Hibben is the "infamous" Dr. Dre video, which was posted to Facebook and seemed to indicated that Dre had indeed made a big-money deal. Though Apple wasn't mentioned specifically, it seemed to fit in with the rumors at the time, and its immediate takedown was another sign that something was up. Hibben suggests that even if a deal was indeed in place, this likely jeopardized it to the point where it might have been outright cancelled.

To this I have to ask, when was the last time Apple announced a new product or service that wasn't rumored to exist long before its debut? The "culture of secrecy" that Hibben points at Beats not fitting into is a bit of a myth in its own right. Yes, the company would love to keep everything on lockdown, but Tim Cook and Co. aren't blind to the fact that we live in a world where everything will be leaked in one form or another.

In fact, having the public first learn of a possible deal from the likes of an enthusiastic Dr. Dre and movie star Tyrese directly connects the company to a market they would greatly benefit from, which is urban youth. As Micah Singleton points out in a fantastic piece on The Daily Dot, this buy is as much about cultural influence as it is about headphones or streaming music, and whether Hibben likes it or not, that video probably helped more than it hurt.

The Seeking Alpha piece wraps up by suggesting that Apple's stock will take a hit once everyone realizes a deal isn't actually going to happen.

"Tim Cook's leadership will of course again be called into question."

Nah, it won't be, because the deal was confirmed the next day, and now everyone is falling all over themselves to praise Apple for making such a bold move. Tim Cook wins this round, and he wins big.

In this article: acquisitions, apple, beats, rumors, seeking alpha
All products recommended by Engadget are selected by our editorial team, independent of our parent company. Some of our stories include affiliate links. If you buy something through one of these links, we may earn an affiliate commission.