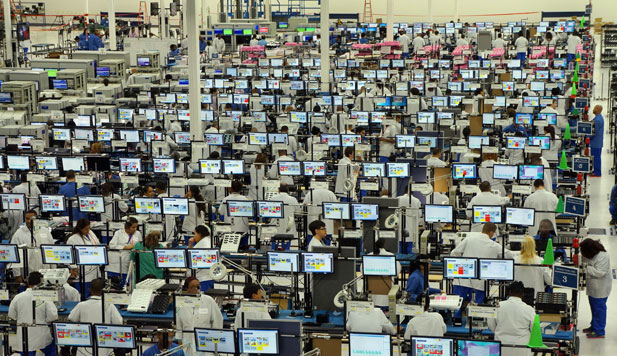 Today's revelation that Motorola is shutting down its sole American plant is an indication that its latest flagship didn't do as well as expected in the US and the costs of operating the Texas factory were simply too high to continue operations. Since the facility focused heavily on shipping Moto Maker products to US consumers, speculation arose that the feature -- which gives you the ability to customize the color and trim of your Moto X -- would die along with it. Upon reaching out to Motorola, a spokesperson confirmed to us that Moto Maker is not going away as a result of the factory's closure.

There are still plenty of questions about Motorola's future, most significantly how its product strategy will change under Lenovo's leadership. Unfortunately, we won't hear more details on Lenovo's plans until the acquisition (barring rumors, of course), so exactly how the Moto X and Moto Maker will change is up in the air for now.

But just because the Texas factory is shutting its assembly lines doesn't necessarily spell the end for Motorola's latest flagship or its customization options. Let's look at the bigger picture: The company has plants in other countries around the world, and the US plant merely assembled parts that were already made in China, so Motorola may not even experience much of a squeeze on production. Additionally, Motorola confirmed in February that Moto Maker should come to Europe and Mexico this quarter; there's no word on if or how the closure will affect expansion.

The primary concern to US folks is that even though Moto Maker isn't technically dying, the company's withdrawal from the country is likely to strongly impact shipping time, which may adversely affect sales even more. Thanks to the Texas factory, Motorola was able to send out custom orders to consumers within two to three days, but international shipping from one of the company's other factories will undoubtedly take more time. Motorola's rumored to be preparing a follow-up to the X known as the "X+1," however, so we're curious to see if it will offer custom options with longer wait times or just limit the feature to a handful of other markets or regions.

In this article: google, lenovo, mobilepostcross, moto, motomaker, motorola, motox, production, unitedstates
All products recommended by Engadget are selected by our editorial team, independent of our parent company. Some of our stories include affiliate links. If you buy something through one of these links, we may earn an affiliate commission.