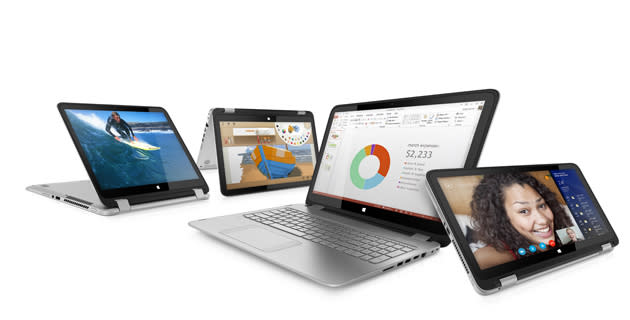 This week is Computex, a huge computer show happening in Taiwan, which means lots of PC makers will be unveiling their back-to-school lineups, if they haven't already. HP, for instance, just unveiled a boatload of PCs, including budget and mid-range laptops, a handful of convertibles, and even some Beats products -- the first we've seen from HP since the Apple deal was announced. Rather than inundate you with specs, we've got a neat summary laid out below. We promise to make sense of it all -- even if HP does have a penchant for similar-sounding product names.

2
In this article: All-in-One PC Beats, computex2014, Envy x360, hp, Pavilion x360, Split x2
All products recommended by Engadget are selected by our editorial team, independent of our parent company. Some of our stories include affiliate links. If you buy something through one of these links, we may earn an affiliate commission.