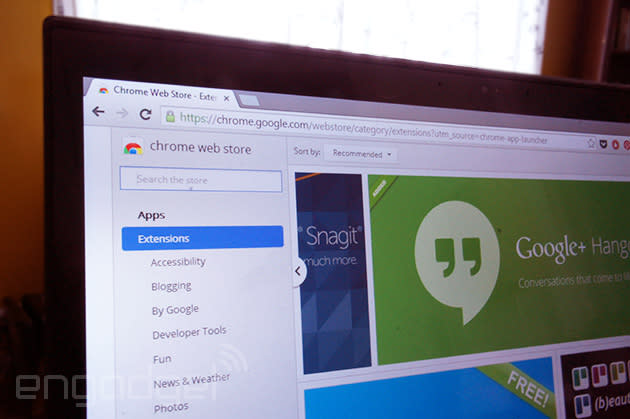 While many apps and operating systems made the jump to 64-bit code a while ago, Google's Chrome browser is still stuck in a 32-bit world on most platforms, missing out on much of what newer computers can offer. Today, though, it's moving into the modern era: Google has released test versions of 64-bit Chrome for Windows 7 and 8 users. The upgrade lets the app take full advantage of newer processors and their instruction sets, delivering about a 25 percent speed boost for media-intensive pages. It also lets the software use newer security safeguards to minimize exploits, and there should be fewer crashes. There's no word on corresponding Mac updates (Linux has had this for a little while), but Windows fans willing to live dangerously can grab a 64-bit Canary or developer build through the source link.

In this article: 64-bit, browser, chrome, google, internet, software, web, windows, windows7, windows8
All products recommended by Engadget are selected by our editorial team, independent of our parent company. Some of our stories include affiliate links. If you buy something through one of these links, we may earn an affiliate commission.