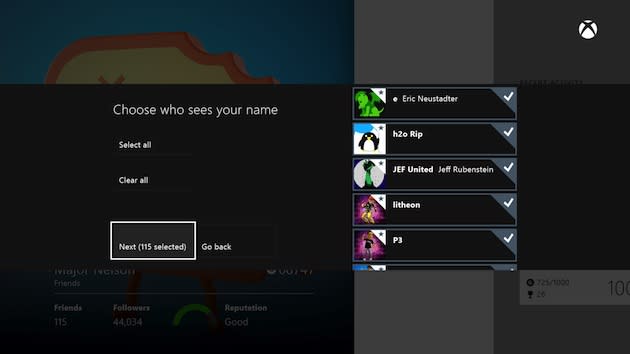 Whether or not we love the update process, we're quickly getting used to the rapid pace of improvements coming to Microsoft's Xbox One. After the usual beta period, the promised June update is here, and brings several features we've been waiting for since launch. Old school automatic logins are once again an option, so even if your Kinect is unplugged (or nonexistent) all saves and settings will be available right away without any extra clicks. There's also support for up to two external hard drives, as long as they're USB 3.0 and at least 256GB. That's a boon not only for the extra storage space, but for speed too -- some beta testers reported faster loading times after adding 7200RPM drives that outpace the standard laptop option Microsoft put inside the XB1. The Xbox One version of Games for Gold and a new VIP section are here too, letting subscribers nab Max: The Curse of Brotherhood and Halo: Spartan Assault without spending another dime or try out Hulu Plus free for three months. After the update is applied, those external drives can even follow you to a friend's console, so you don't have to install Titanfall all over again. Just as promised, the Xbox One will now let you reveal your real name to friends, just in case your Sufjan Stevens tribute screenname is no longer memorable. You can toggle between leaking what's on your ID to everyone, friends of your friends, just friends, a particular subset of friends, or no one at all if that's what you prefer. The store "twist" is redesigned, the SmartGlass second screen app can control your DVR or reorder the pins on your dashboard HDMI passthrough TV guide support has gone international to Canada, UK, France, Germany, Spain (which still has an actual king, did anyone know that?) and Italy, and the IR blaster has learned a bunch of new command codes. It's a hefty list, but you can get the update right now by punching the button conveniently located in your settings menu, or just get a quick recap with this video from the Xbox team.

In this article: external, hdd, hdpostcross, june, kinect, microsoft, smartglass, update, video, xbox one, xboxone
All products recommended by Engadget are selected by our editorial team, independent of our parent company. Some of our stories include affiliate links. If you buy something through one of these links, we may earn an affiliate commission.