Adele's '25' heads to streaming services now that you bought it

WoW Moviewatch: I Went Fire On My Mage 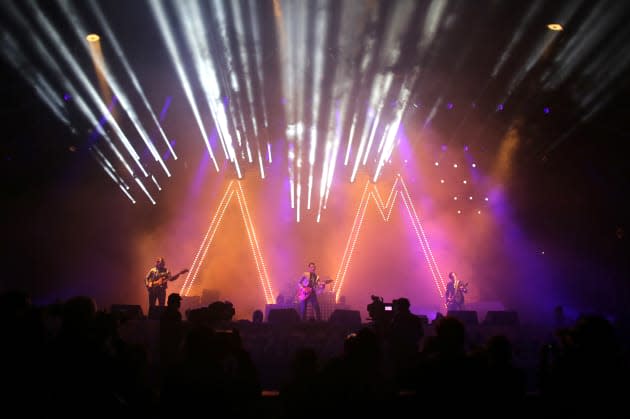 Who's going to argue that stuffing a veritable world of music in your pocket isn't awesome? Probably very few. One of the downsides to the digital age, though, is that musicians often get the short end of the stick when it comes to payment. Spotify and Pandora's per-song pay rates for most artists are abysmal, and based on a BBC report, YouTube's rumored music service won't be much better. If true, the video giant's business tactics aren't exactly honorable, either.

A European group by the name of Impala that represents the continent's independent artists and labels, says that indies are being presented with non-negotiable contracts to join the service. What's more, if the artists don't sign to "probably the lowest rates in the business," the videos that they've posted to their YouTube channels will reportedly be blocked from the site entirely.

A musician (understandably) not playing ball with Google's video wing hurts everyone involved, all the way down to the end user. If Impala isn't familiar, you've almost assuredly heard of its artists: Jack White, Adele, M.I.A., Royksopp, Arctic Monkeys, and The National, to name a few. Should this go through, you can probably say goodbye to pulling up the video for "I Bet You Look Good on the Dancefloor" next time the mood strikes. YouTube's non-answer reads as such:

"YouTube provides a global platform for artists to connect with fans and generate revenue for their music, paying out hundreds of millions of dollars to the music industry each year," said a spokesman for the company. "We have successful deals in place with hundreds of independent and major labels around the world - however, we don't comment on ongoing negotiations."

The concept of paying musicians a living wage isn't exactly new, either. As songwriter Van Dyke Parks writes in The Daily Beast, a similar argument came about over a century ago. In 1907, conductor and all around marching-band badass John Philip Sousa spoke out against recorded music to lawmakers in Washington, D.C. because he claimed it would have dire consequences for live musicians. However, the advent of player pianos and vinyl records left his thinking in the dust and recorded music thrived for quite awhile.

Back then, songwriters were making a reported $0.02 per recording (adjusted for inflation, about $2 today). For an idea of exactly how that compares to modern times, Parks says co-writing a song with Ringo Starr today would net him around $40, based on 100,000 streams from Spotify at $0.00065 per play. Four decades ago, he says, the same work would have bought him a house and a swimming pool. Parks says that moving forward, we should be nurturing new ideas and innovative art along with those who create it with fair and legal compensation -- something we find hard to argue with.

In this article: adele, ArcticMonkeys, bbc, google, Impala, johnphilipsousa, music, pandora, spotify, streaming, TheNational, youtube
All products recommended by Engadget are selected by our editorial team, independent of our parent company. Some of our stories include affiliate links. If you buy something through one of these links, we may earn an affiliate commission.