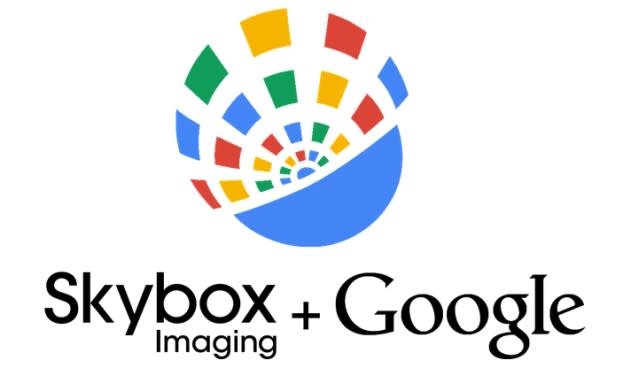 Google is in the ground, on the roads and floating through the skies, and now it's looking beyond, by agreeing to the half-billion dollar cash purchase of a company that says it's "built and launched the world's smallest high­-resolution imaging satellite, which collects beautiful and useful images and video every day." Skybox Imaging (already signed up as a Virgin Galactic customer) says it started with a goal of tracking changes happening across the surface of the earth, while recent rumors from The Information suggest tech giants like Google and Facebook are in a space race as they try to connect the world to the internet and their various services. The satellite company's tech can immediately assist Google Maps / Earth, but Google says it could have other purposes too, like acting as a relay to spread wireless internet to places currently without service or where connections have been knocked out by disasters. The deal isn't quite done and must pass regulatory approval, but for a peek at what Skybox's satellites can do, check out a few of their YouTube videos embedded after the break.

In this article: breaking news, google, satellite, SkyboxImaging, space, video
All products recommended by Engadget are selected by our editorial team, independent of our parent company. Some of our stories include affiliate links. If you buy something through one of these links, we may earn an affiliate commission.