Budweiser is blasting barley into space to brew Mars beer 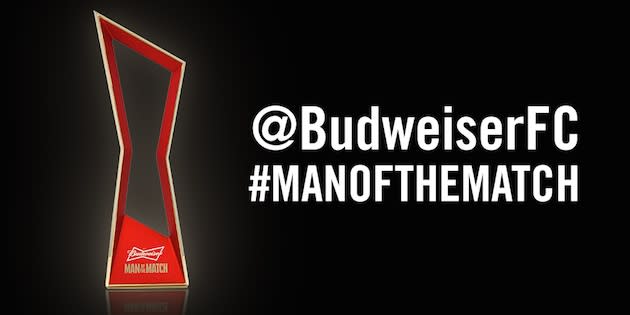 When a football soccer player wins a Man of the Match award, it's a recognition of their achievements during a particular game. Commentators and other pundits are often asked to decide which of the 22 players deserves that prestigious honor, but when it comes the biggest soccer show on earth, corporate sponsors have more of a say. During the 2014 World Cup in Brazil, Budweiser, the tournament's official beer provider, will look to Twitter for inspiration. Four years ago, you may have cast your vote for the best player via the FIFA website, but this time around this Budweiser is hoping it can increase interaction with fans by getting you to cast your vote using the popular social network. At the start of the second half of each game, Twitter voting will open. You'll then be able to click on a photo of your chosen player and register your choice using the dedicated #ManOfTheMatch hashtag. Are Twitter users representative? What if they've been drinking when they vote? Could it be open to abuse? Who knows, but maybe it's worth noting that the selection process hasn't always been totally transparent.

In this article: budweiser, football, man of the match, motm, soccer, twitter, vote, worldcup2014
All products recommended by Engadget are selected by our editorial team, independent of our parent company. Some of our stories include affiliate links. If you buy something through one of these links, we may earn an affiliate commission.