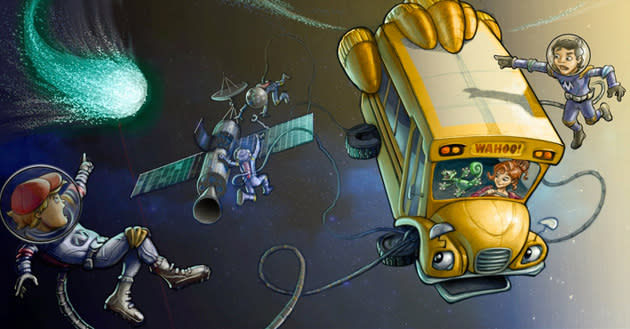 Netflix made a big push into educational video when it picked up Scholastic's TV shows, and we now know that this effort has paid off -- The Magic School Bus has been "remarkably popular," Netflix tells the New York Times. It only makes sense, then, that the streaming media pioneer has just ordered a new take on Magic School Bus for its next original series. The 26-episode show, The Magic School Bus 360°, will modernize Ms. Frizzle's science classes for kids who are now surrounded by technology; robots and wearables (such as a biometric suit) will play a part. Your little ones will have to wait until 2016 to start watching, but that patience may pay off if it fosters an early interest in computer science and other high-tech fields.

In this article: education, hdpostcross, magicschoolbus, netflix, scholastic, streaming, television, tv
All products recommended by Engadget are selected by our editorial team, independent of our parent company. Some of our stories include affiliate links. If you buy something through one of these links, we may earn an affiliate commission.