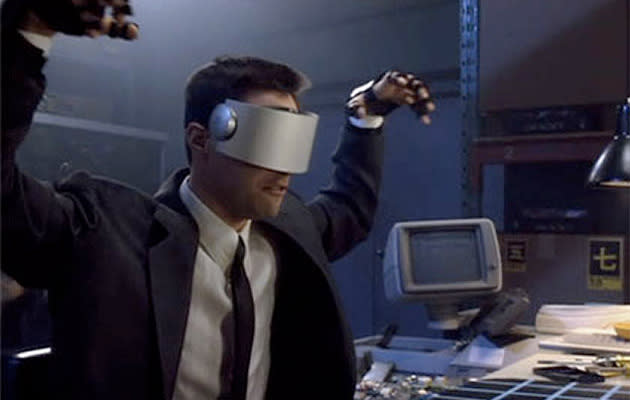 A soldier's natural home is on the battlefield. So what happens when to infantry when conflicts move online? It turns out that DARPA, America's mad science division, has a solution called "Plan X." The project is designed to make cyber-weapons as easy to use as a pistol, but also to use technology to turn soldiers into digital warriors. One of the more realistic aspects of the project is to equip marines with hardware that'll sniff out wireless networks that could be hosting booby traps.

At its furthest reaches, however, the project aims to turn the digital world into a 3D world that could be accessed with an Oculus Rift. Rather than simply hiring legions of hackers to fight on the front-lines, trained military personnel would wander around the internet, shooting down malicious attacks as if they were on the front line. Project manager Frank Pound has said that he wants to "get rid of the keyboard," but use harness a human's natural ability to improvise to out-think hostile attackers. Yes, this does sound as if everyone involved has been reading far too much cyberpunk literature before bedtime.

In this article: Cyber warfare, DARPA, Oculus Rift, Plan X, USA, War, Warfare
All products recommended by Engadget are selected by our editorial team, independent of our parent company. Some of our stories include affiliate links. If you buy something through one of these links, we may earn an affiliate commission.