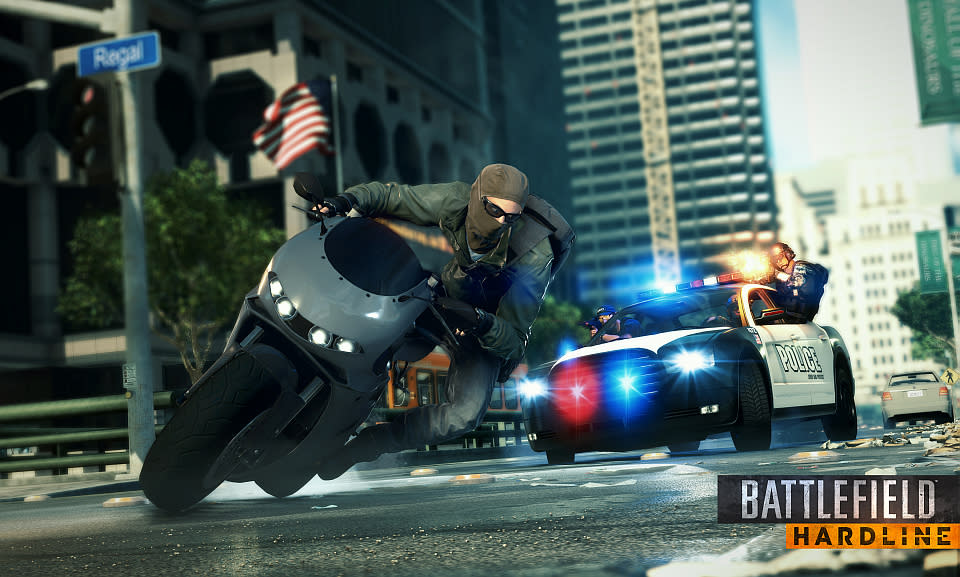 A large-scale game of cops and robbers seems like a natural fit for the Battlefield franchise, right? Like it or not, that's what we have with the series' latest entry, Battlefield: Hardline. Developer Visceral Games' (Dead Space series, Dante's Inferno) Steve Papoutsis came out during Electronic Arts' press conference at E3 last week and announced that if you wanted to try Hardline out ahead of its launch this fall, you could download a beta that very day on the PlayStation 4. Well, that slammed the PS4 and EA servers, and actually getting the game was a hassle for some. That's where we come in. Curious if the game lives up to the heat or if it's more of a dog day afternoon for the series? Well, tune into the stream below at 7 pm Eastern/4 pm Pacific and find out as we make a run for the cash on Sony's latest console.

In this article: Battlefield, battlefieldhardline, DICE, gaming, hd, hdpostcross, playdate, streaming, visceral-games, VisceralGames
All products recommended by Engadget are selected by our editorial team, independent of our parent company. Some of our stories include affiliate links. If you buy something through one of these links, we may earn an affiliate commission.