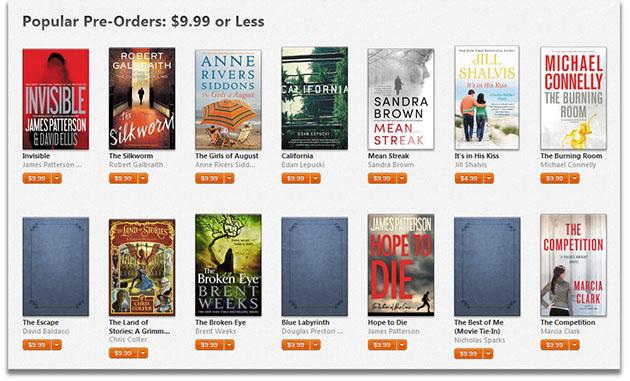 If you head over to iTunes and look for book pre-orders at $9.99 or less, you may notice something strange: they're all Hachette titles. That's no coincidence -- Amazon is delaying shipment on Hachette books right now, a negotiating tactic it calls an "essential business practice." Authors and publishers think otherwise, with one referring to it as "extortion" that's "illegal when the Mafia does it." As Re/Code pointed out, however, it's ironic that Apple is offering cut rates on Hachette books, considering it was found guilty of conspiring with the publisher to raise prices. Apple has since settled class-action suits that resulted from that judgement, though it won't have to pay if it wins its appeal against the DoJ. Either way, Apple is set to profit by selling buzzy new titles like J.K. Rowling's well-reviewed Silkworm, since Amazon has essentially kneecapped itself. Let's face it though -- Apple also likely enjoys razzing the book industry's 800 pound gorilla.

In this article: amazon, apple, dispute, ebooks, ereaders, Hachette, pre-orders
All products recommended by Engadget are selected by our editorial team, independent of our parent company. Some of our stories include affiliate links. If you buy something through one of these links, we may earn an affiliate commission.