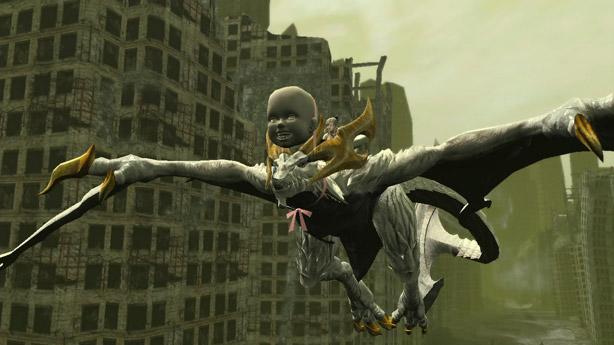 Just under a month after its initial release, Square Enix's Drakengard 3 has wrapped up its DLC plans with one final batch of add-on content aimed at fans of past series entries and beloved franchise spin-off Nier.

This week's new DLC includes a set of ability-enhancing costumes inspired by character garb from the previous Drakengard games and Nier, along with a creepy new baby head helmet for Mikhail (shown above). Other additions include new music packs and alternate narration that enables Japanese voiceovers.

[Image: Square Enix]
In this article: access-games, dlc, drakengard-3, playstation, ps3, square-enix
All products recommended by Engadget are selected by our editorial team, independent of our parent company. Some of our stories include affiliate links. If you buy something through one of these links, we may earn an affiliate commission.