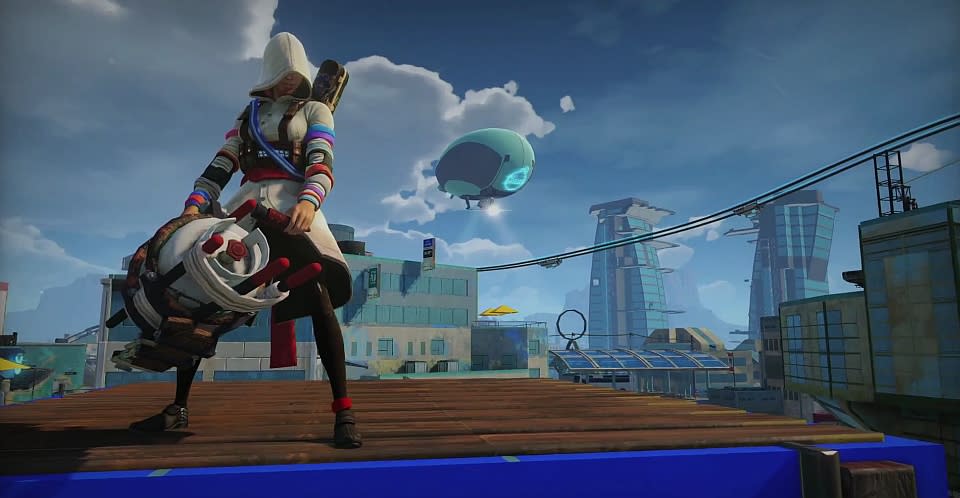 We're pretty big fans of Insomniac Games' upcoming Xbox One release Sunset Overdrive 'round these parts, but now that love has grown a bit more. In the latest episode of the development team's web series, noticed by Eurogamer, it was revealed that you can create a female avatar in the game. What's more, if you want to be a dude in a skirt, you can totally be a dude in a skirt -- Insomniac isn't really worried about it either way. The funny part of this is that the female character that's shown is dressed in garb that looks pretty similar to what we've seen a certain male killer from Ubisoft's Assassin's Creed 2 wear. If you're asking yourself what all of this means, well, last week Ubisoft said putting playable female characters in the franchise's next entry, Assassin's Creed: Unity, would require resources the team simply doesn't have.

This move from the Overdrive developer seems a pretty overt (while still lighthearted) shot across the bow. If you ask us, games could stand to be more inclusive, especially considering that 48% of gamers are women; this is a step in the right direction. Cheers, Insomniac.

In this article: AssassinsCreed, gaming, hd, hdpostcross, insomniac-games, InsomniacGames, SunsetOverdrive, Ubisoft
All products recommended by Engadget are selected by our editorial team, independent of our parent company. Some of our stories include affiliate links. If you buy something through one of these links, we may earn an affiliate commission.