Orii smart ring turns your fingertip into a Bluetooth earpiece 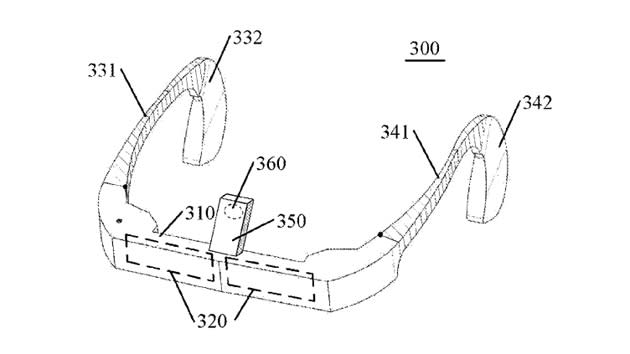 Even Lenovo isn't immune from the temptation to produce a Google Glass-like wearable display, it seems. The Chinese tech giant has applied for a US patent on a headset design with dual screens, touch-based navigation and an unusually strong emphasis on voice quality. Rather than use conventional noise-canceling microphones, like Google, Lenovo would use a bone-conducting microphone just above your nose bridge. The approach would make it easier to catch your voice, since you wouldn't have to compete with outside sounds for attention; it could also offer an extra level of privacy for internet calls, since you could speak quietly and still get your message across.

There's no telling whether Lenovo will get its patent, let alone use it in a wearable display. Like many companies, it may simply be hedging its bets in case the category takes off. With that in mind, the firm is both flush with cash and expanding rapidly into the mobile world -- don't be surprised if you're donning Lenovo-badged eyewear in the future.

In this article: boneconduction, display, glass, googleglass, lenovo, patent, uspto, wearable
All products recommended by Engadget are selected by our editorial team, independent of our parent company. Some of our stories include affiliate links. If you buy something through one of these links, we may earn an affiliate commission.