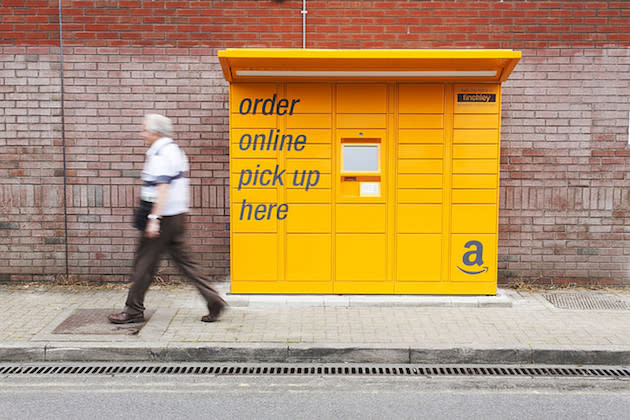 If work commitments mean you're constantly trudging to the Post Office to collect a missed Prime delivery, Amazon's hoping to make things easier for you, if you're a Londoner that is. As of Monday, the company will open click-and-collect lockers in Finchley Central and Newbury Park Tube stations, where you can have packages delivered instead of an address. They come seven months after the retailer was rumoured to have begun talks with Transport for London with a view to installing the lockers inside unused ticket offices. However, Amazon has placed them inside the stations' car parks instead, meaning you might have to take a small Oyster hit for the privilege. Amazon won't be alone in offering collections on the Underground, though, as major supermarket chains including Tesco, Asda, Waitrose and Sainsbury's are installing lockers of their own to limit the hassle of shopping around work.

In this article: amazon, click and collect, locker, london, london underground, tube
All products recommended by Engadget are selected by our editorial team, independent of our parent company. Some of our stories include affiliate links. If you buy something through one of these links, we may earn an affiliate commission.