Renewable energy is on the rise, but so is demand for fossil fuels 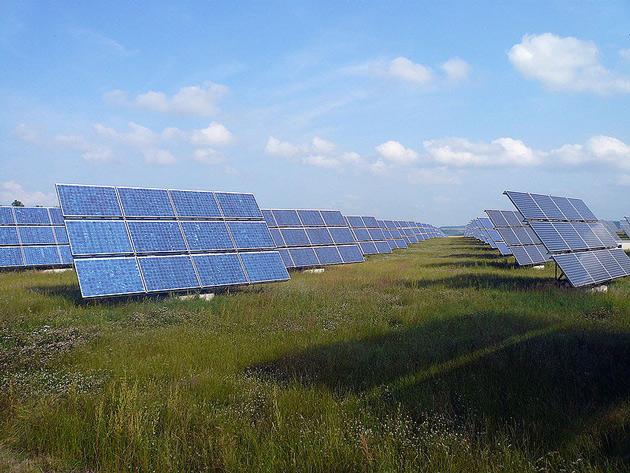 Since the beginning, the commercial growth of renewable energy has been a laborious, often painful matter of government pushes, tax incentives and campaigning for greater awareness. In Germany, however, the energy market is on the cusp of evolving to the next step: An era in which the sun and the wind replace fossil fuels through the sheer, unstoppable force of the market.

The country is currently experiencing a glut of energy, thanks to the recent openings of new coal power stations (which were commissioned back when electricity was in short supply) as well as record levels of renewable generation -- especially solar. On sunny and windy days, the excess of electricity (which on average stands at 117 percent of peak demand) gets so big that energy prices are pushed downwards and traditional power stations are forced to cut down their running hours. A decade ago, fossil companies enjoyed a 15 percent margin on their sales, but today they make just five percent. An energy trader has informed Bloomberg that he believes that the latest coal stations to come online will make "much less money than originally thought" and "won't cover their costs."

Regulation is still at the heart of Germany's predicament, because green generators have preferential access to the grid on days when there's an overload. In other words, they're allowed to run and run, while coal-fired stations have to switch themselves off in response to the excess. However, the consequence -- which we're already seeing -- is to sap investors' interest in financing the coal industry. In turn, this means that when the country's older coal stations reach their end of life over the next decade, there's a much greater chance that they'll be replaced by green sources. Renewable energy's contribution to the grid is on target to rise to 45 percent by 2025, while coal companies are left with what one chief financial officer described as a "trail of blood" on their balance sheets. In the US, meanwhile, the birth of solar on an industrial scale is only just getting started.

In this article: coal, electricity, energy, environment, germany, green, renewable, solar power
All products recommended by Engadget are selected by our editorial team, independent of our parent company. Some of our stories include affiliate links. If you buy something through one of these links, we may earn an affiliate commission.