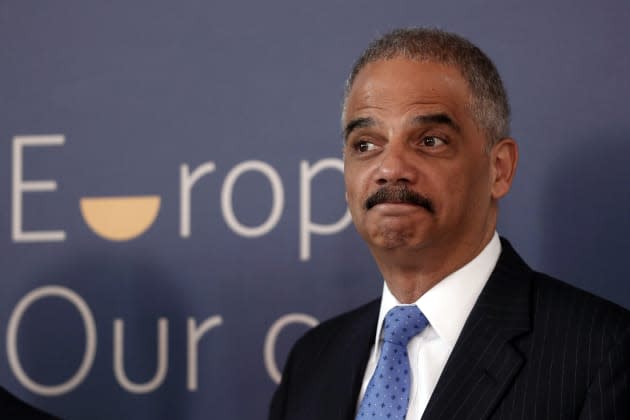 The United States government intends to offer European citizens the same privacy rights extended to US citizens. Exactly how it will do that is yet to be determined, but US attorney general Eric Holder this week told European leaders of the Obama administration's intention to create legislation offering EU citizens "the same right to seek judicial redress for intentional or willful disclosures of protected information and for refusal to grant access or to rectify any errors in that information." Holder made the announcement at a US-EU home affairs and justice ministers meeting in Greece this past Wednesday.

The news comes in the wake of a strained 12 months in US-EU relations; information revealed by former security/cryptography expert Edward Snowden showed that the US government spied on a variety of EU leaders, including German Chancellor Angela Merkel. Holder's lack of specificity left EU leaders wanting for more. "Words only matter if put into law," EU justice commissioner Viviane Reding told The Guardian. "We are waiting for the legislative step."

The legislation that Holder and the Obama administration seek would offer European citizens the same rights that American citizens are afforded under the 1974 Privacy Act. The US Department of Justice explains the act as such: "The Privacy Act prohibits the disclosure of a record about an individual from a system of records absent the written consent of the individual, unless the disclosure is pursuant to one of twelve statutory exceptions." Those "twelve statutory exceptions" are what you might expect, from statistical analysis (the census, for instance) to law enforcement, to credit bureau reporting.

Regardless, none of this is meaningful just yet -- as Viviane Reding put it, "Words only matter if put into law." We'll have to wait and see what the Obama administration's next steps are, as the announcement is little more than a more direct version of the same story we've been hearing for months.

In this article: barackobama, ericholder, europe, law, legal, legislation, obamaadministration, privacy, privacyact
All products recommended by Engadget are selected by our editorial team, independent of our parent company. Some of our stories include affiliate links. If you buy something through one of these links, we may earn an affiliate commission.