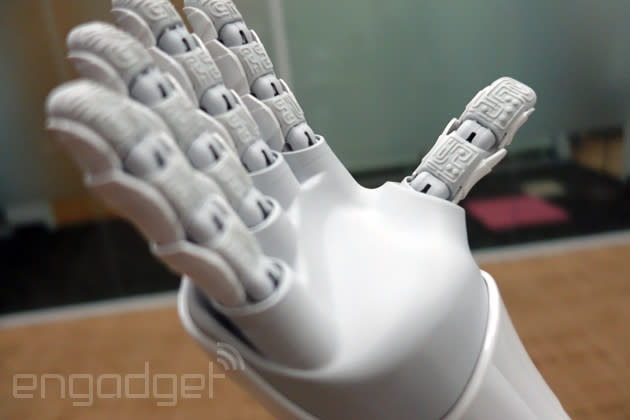 Robots are cool and all, but they're just mere toys until they start doing things like reporting the news, right? (Okay, we may be looking at the prospect somewhat selfishly.) Fortunately, that's already starting to take place -- to a degree. In July, the Associated Press will begin using an automated service capable of churning out up to 4,400 business stories. With the help of a company called Automated Insights, these articles will include numerous pieces on quarterly earnings reports, which in theory should free up the humans to do the deeper stuff, such as pieces on why the numbers actually matter and what the executives say during their calls to investors.

This isn't the first time we've heard of services producing automated content for publications. The AP has relied on the tech for piecing together sports stories in the past, while Yahoo uses Automated Insights to put together some of its fantasy sports material. The Guardian has also "hired" an automated Editor-in-Chief to curate the best articles for its monthly print edition in the US -- and that's not even the first time the publication has adopted such services to automate content. So today's announcement isn't necessarily groundbreaking tech in the strictest sense, but it's an indication that more publications will begin relying on automated material more often. This is great news for newspapers and online media trying to cut costs and produce more content, though admittedly many human journalists may worry about being replaced; however, AP Managing Editor Lou Ferrara insists that robots are merely complementing them, giving Homo Sapiens the opportunity to shift their focus to more meaningful writing.

In this article: associatedpress, automated, automatedservices, automation, beepboopbeep, robots, wearetherobots
All products recommended by Engadget are selected by our editorial team, independent of our parent company. Some of our stories include affiliate links. If you buy something through one of these links, we may earn an affiliate commission.