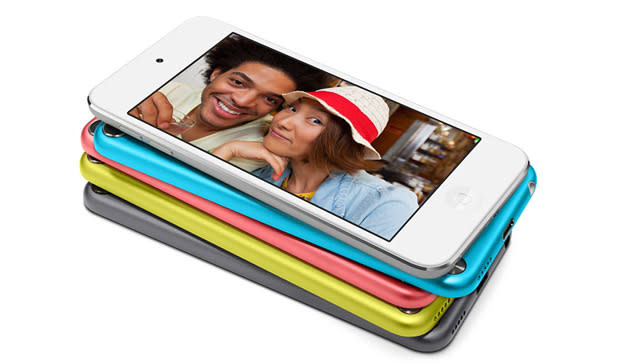 A few days ago, Apple killed off the stripped-down 16GB version of its iPod touch as quietly as it was introduced last year. In its place, a new 16GB model emerged with the same 5-megapixel iSight camera and color selection as its counterparts with higher storage capacities. Best of all, the new configuration is actually cheaper than its predecessor despite an improvement in hardware. It launched immediately in the US, and now it's available from Apple in the UK for £159, down from £199 for the previous, camera-less model. And, if 16GB just doesn't cut it, there's never been a better time to spring for the 32GB or 64GB models, given they've also received a favourable discount. Originally £249, the 32GB iPod touch is now £199, while the 64GB version that used to be £329 has dropped to £249.

In this article: apple, appleipod, appleipodtouch, ipod, ipodtouch
All products recommended by Engadget are selected by our editorial team, independent of our parent company. Some of our stories include affiliate links. If you buy something through one of these links, we may earn an affiliate commission.