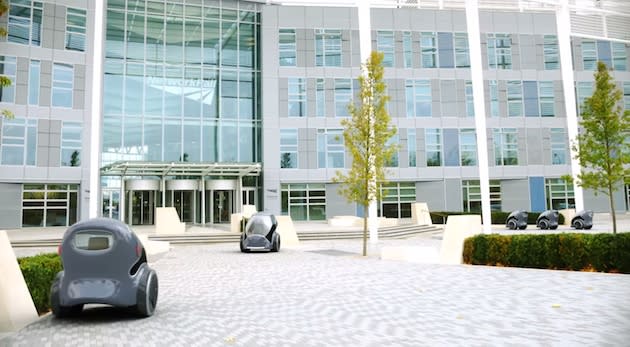 It turns out that Brits are actually ruddy marvellous at robotics, especially in automotive, aerospace, medical and military applications. Not wanting to be usurped by incumbents from overseas, the groups in charge of leading robot innovation in the UK have drawn up their first official robotics strategy. RAS 2020 (Robotics and Autonomous Systems) is its name, and it's designed to aid the development and testing of robots, not only in laboratories but also out in the wild. It envisages the creation of real-world test zones where machines of the future can be put through their paces in plain view of the public.

The document alludes to an increase in large corporations looking to conduct robotic testing in countries where regulations support public testing. The UK government has already said it intends to adapt road laws in order for domestic and foreign car makers (think Google) to test driverless cars on Britain's roads, but that's just one of the "defined and controlled spaces" where robots could be unleashed. Airports, hospitals, farms, production lines, refineries and nuclear plants are all mooted as other possible test spots.

If those sites were set up, the next step would involve "Grand Challenges." It wouldn't quite be Robot Wars but the idea is similar, and it's one that we've already seen employed in the US. Competitions would be set up to encourage collaboration and include the public, allowing you to familiarise yourself with futuristic technologies before they hit the market.

In this article: autonomous, robotics, robots, self driving, uk-feature, vehicles
All products recommended by Engadget are selected by our editorial team, independent of our parent company. Some of our stories include affiliate links. If you buy something through one of these links, we may earn an affiliate commission.