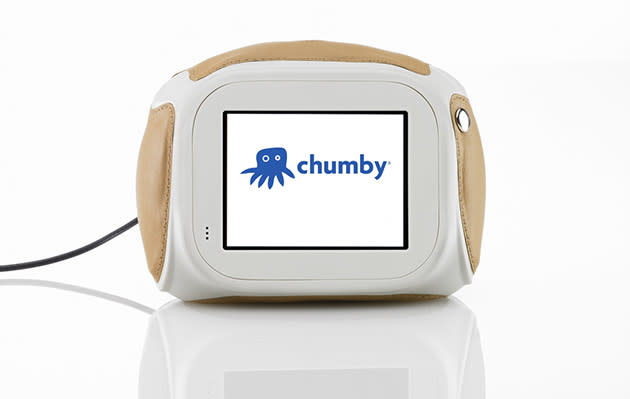 Remember Chumby? You probably haven't heard much about the snuggly tiny computer/smart alarm clock since its makers' company disbanded, but now it's back from its semi-retired state. Its current owner, Blue Octy LLC, just announced that it's relaunching Chumby's full service (it went offline in 2013), which comes with 1,000 apps and faster, more efficient performance. The device, for those who haven't heard of it before, first launched in mid-2000s, way before everyone has a smartphone to take the place of many other gadgets, and was meant as a high-tech alternative to the bedside clock radio. It's one of those things people used to call "internet-connected devices" and could display Facebook, Twitter and RSS feeds, even video streams.

Unfortunately, the device needs to connect to the Chumby network to function. So, when its original creator (Chumby Industries Inc.) went out of business last year, Blue Octy launched a limited service that lets owners use the device as an alarm clock and a music player, at least. This development gives them the power to make the gadget more useful, though it obviously won't be free. It'll cost $3 per month to restore Chumby to its former glory -- after all, the company needs money to keep the service running.

After a year of limited service, the full @chumby service is back! #rebootyourchumby #chumbylives #chumby

In this article: Blue Octy, chumby
All products recommended by Engadget are selected by our editorial team, independent of our parent company. Some of our stories include affiliate links. If you buy something through one of these links, we may earn an affiliate commission.