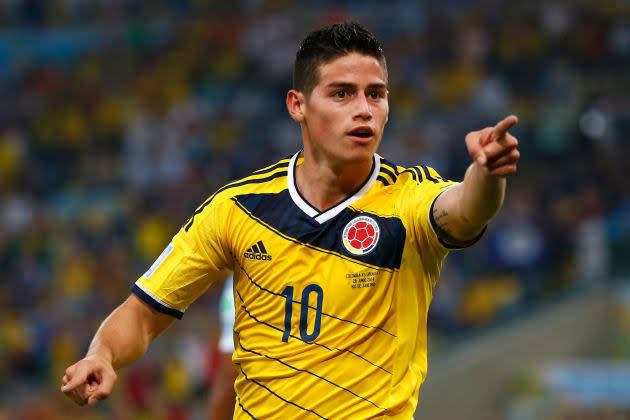 Colombia certainly faced an uphill climb against Brazil at the World Cup, and the side turned to tech to increase its chance of winning throughout the tournament. During training, the Colombian national team leveraged Catapult: a wearable GPS system that maps players' bodies in three-dimensional space to gauge the "load" placed on each athlete. Among a host of other features, the sensors transmit data to coaches and staff instantly at a range of up to 250-300 feet. Soccer isn't the only sport using the system either, as the San Antonio Spurs implemented the system to track basketball prospects ahead of last week's NBA Draft.

In this article: art, colombia, datamining, facebook, motorolarazv3, recommendedreading, soccer, worldcup
All products recommended by Engadget are selected by our editorial team, independent of our parent company. Some of our stories include affiliate links. If you buy something through one of these links, we may earn an affiliate commission.