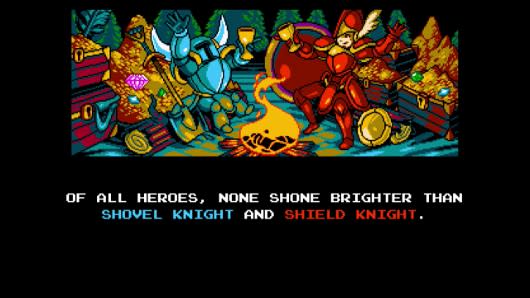 There is a sect of the internet who believe Shovel Knight is, in fact, a 1980s Capcom game that was merely discovered by members of Yacht Club Games and tweaked to be made playable on modern systems. We can neither confirm nor deny such speculation.
Giving credence to this (only semi-) outlandish theory is a VHS-era tape that's been transferred to YouTube by the Backloggery on how to beat Shovel Knight. The timelines are colliding! SAVE YOURSELVES!

We've placed the "How To Win" video after the break. SPOILER WARNING right up front that it gives away the entire game!
In this article: 3ds, nintendo, pc, shovel-knight, wii-u, yacht-club-games
All products recommended by Engadget are selected by our editorial team, independent of our parent company. Some of our stories include affiliate links. If you buy something through one of these links, we may earn an affiliate commission.