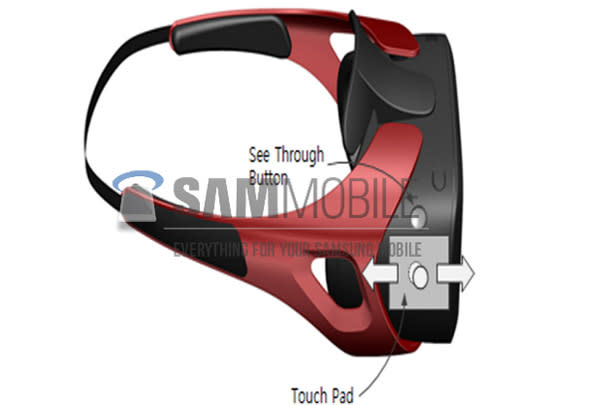 Samsung's in-development virtual reality headset will look like the mockup above when it's officially revealed later this year, according to a report form SamMobile.

Samsung had reportedly partnered with Oculus Rift creator Oculus VR this year in a bid to develop its own VR headset technology. According to reports, Samsung's headset will work in conjunction with a USB-connected smartphone, instead of using its own dedicated hardware like the Oculus Rift and Sony's Project Morpheus. A side-mounted touchpad will aid user navigation.

Codenamed "Gear VR," Samsung's headset is expected to debut at the IFA 2014 trade show in September. Though Engadget notes that developer kits exist, Samsung has not yet officially announced Gear VR or its release plans.

[Image: Samsung / SamMobile]
In this article: android, gear-vr, mobile, oculus-vr, samsung, virtual-reality, vr
All products recommended by Engadget are selected by our editorial team, independent of our parent company. Some of our stories include affiliate links. If you buy something through one of these links, we may earn an affiliate commission.