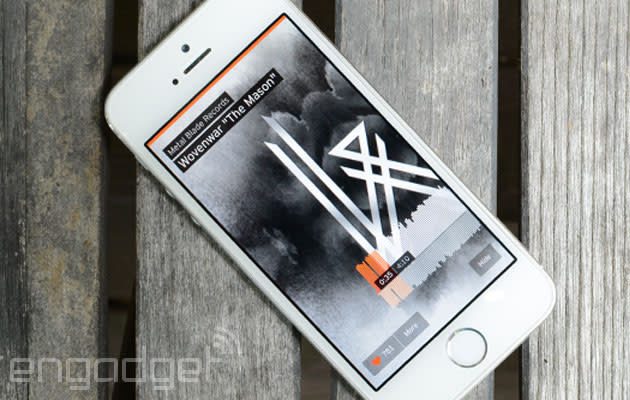 Since SoundCloud's one of the biggest places to share mixes, recordings and podcasts, it obviously has to grapple with a lot of copyright issues. That's the reason why it reportedly approached record labels to cut licensing deals months ago -- deals, which are now real close to going through, at least according to Bloomberg. The publication says SoundCloud's offering Universal, Sony and Warner Music a 3 to 5 percent stake each, so long as they agree not to sue the company. According to earlier reports, the deal could lead to a more robust library for SoundCloud users, while giving recording companies the right to pull down uploads containing tracks not licensed for use on the service.

The companies haven't officially announced anything yet, but it's worth noting that SoundCloud gave Universal carte blanche to delete a mix uploaded to the service earlier this month. So, we have to ask: if you're among SoundCloud's 250 million users, would you like to see these deals go through, or would music companies coming into the picture ruin the platform for you?

In this article: copyright, mobilepostcross, SoundCloud
All products recommended by Engadget are selected by our editorial team, independent of our parent company. Some of our stories include affiliate links. If you buy something through one of these links, we may earn an affiliate commission.