HTC Butterfly said to be getting a sequel, thanks to strong sales in Asia 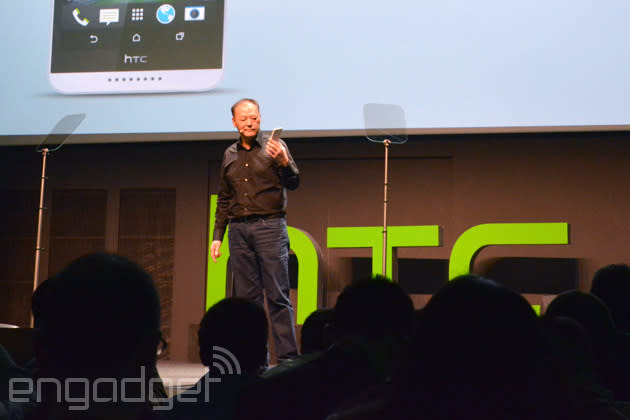 HTC may be back on its road to recovery thanks to its One (M8) flagship phone, but it's now facing yet another managerial change. According to Bloomberg's Tim Culpan, the phone maker's marketing chief Ben Ho has just resigned, making it a rather short stint since he joined a little over a year and a half ago. Our own sources implied that this had been expected for a while, and that the $1 billion "Here's To Change" marketing campaign was the main culprit, as it failed to get its money's worth in return (despite chairwoman Cher Wang being a big fan of the hipster trolls featured in the ads). While Ho has already been relieved of CMO duties, he will remain at HTC until end of this year.

Culpan also reported that Fred Liu, the President of Engineering and Operations, has dropped day-to-day operations to pick up a strategic advisory role, as he prepares for retirement after almost 16 years of service. According to Taiwanese magazine Global Views, back then it took HTC founder HT Cho over a year to convince Liu to leave Digital Equipment Corporation -- the former employer of Cho and CEO Peter Chou -- and join his then new smartphone OEM.

Neither resignation should affect HTC's roadmap in the very near future. We understand that the Taiwanese company's preparing to launch its first smart wearables in the coming months -- maybe to coincide with IFA in September. Regardless, it shouldn't take long before HTC fills these voids.

"HTC's dedication to innovation drives us to pursue our goals. We are taking the necessary steps to create a resurgence of the HTC brand. As a company, we will continue to push forward, making the hard decisions needed to continue growing as a global presence. We are confident that the business steps we have taken, and continue to take, are the right ones to lead to a strong resurgence of the HTC brand. HTC continues to invest in talent and recruitment as part of our broader human resources strategy to ensure the continued strength of our company's organizational structure."

Update 2: HTC also reached out to confirm that Cher Wang is not taking the CMO role. We have updated our article to reflect this.

In this article: benho, benjaminho, cmo, coo, fredliu, htc, mobilepostcross, resign, wearable
All products recommended by Engadget are selected by our editorial team, independent of our parent company. Some of our stories include affiliate links. If you buy something through one of these links, we may earn an affiliate commission.