Facebook hopes to launch an internet satellite in early 2019 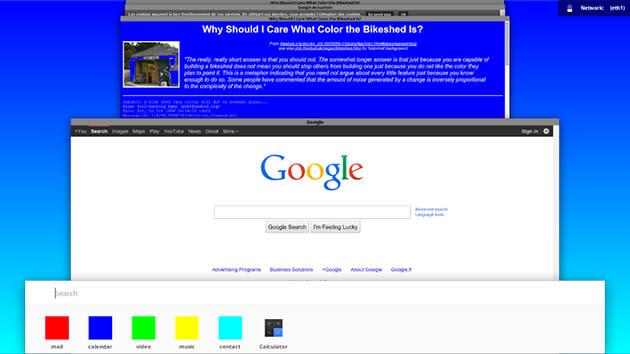 Google has made attempts in the past to unify the design of its various properties with varying degrees of success. Material Design, which is major part of the upcoming Android L release, may be its most coherent effort to date. The new look is expected to touch every corner of Google's catalog, and Chrome OS will be part of that revamp. A screen shot posted by Chromium evangelist François Beaufort on Google+ shows the very early fruits of Athena, an effort to "bring a new kind of user experience" to Mountain View's desktop OS. The image shows windows with minimal controls and decoration in a stacked card view, similar to the app switcher revealed as part of the next Android update. There's also what appears to be a launcher bar with a search field at the bottom of the screen. While the redesign is clearly in the very early stages, you can see the important elements of Material Design at work. Everything is flat and paper like, but exists in a three-dimensional space, complete with less-than-subtle drop shadows. You can compile a copy of Chromium OS yourself to give Athena a test run, but we'd hold out for a more complete version.

In this article: athena, chrome os, chromium, chromium os, google, material design
All products recommended by Engadget are selected by our editorial team, independent of our parent company. Some of our stories include affiliate links. If you buy something through one of these links, we may earn an affiliate commission.