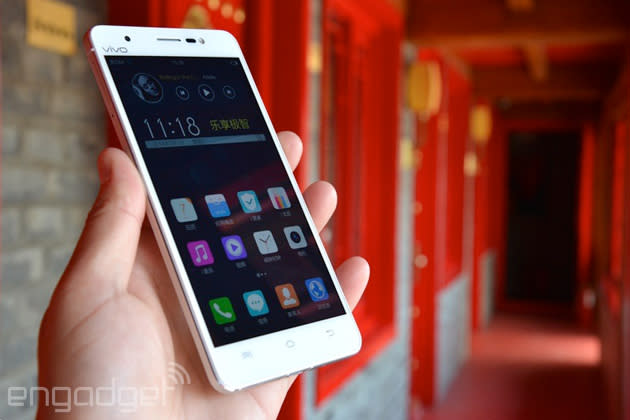 Want to know why traditionally PC-centric companies like Microsoft are pouring so much energy into their mobile efforts? Look no further than China, which now says that more of its residents are getting online with phones and tablets than PCs. Of the 632 million internet users recorded this June, 83 percent (527 million) were using mobile devices at least some of the time; meanwhile, 81 percent (512 million) hopped on using computers. Internet adoption was almost exclusively driven by ultra-portable gadgets, in fact. While overall internet use grew about 2.3 percent in the space of half a year, the number of mobile surfers jumped by 5.4 percent. The growth pattern suggests that many first-timers don't have a PC at all -- whatever's in their pockets may be the only way they connect to the digital world.

It's not too hard to see why the Chinese would eagerly embrace mobile data. Phone-friendly internet services like the Tencent Weibo social network and WeChat messaging are already huge despite their absence in other countries; the researchers counted 275 million socialites in their findings. Also, a combination of cheap devices and relatively low average incomes (the gross domestic product is just $7,333 per capita) makes it more practical for some people to forego an expensive computer. While we have yet to see a similar shift in the US and other big countries, it may just be a matter of time. Studies already suggest that you're using your phone more often than your PC; if so, it may not be long before you question the need for a PC in the first place.

In this article: china, ChinaInternetNetworkInformationCenter, CNNIC, mobilepostcross, smartphone, tablet
All products recommended by Engadget are selected by our editorial team, independent of our parent company. Some of our stories include affiliate links. If you buy something through one of these links, we may earn an affiliate commission.