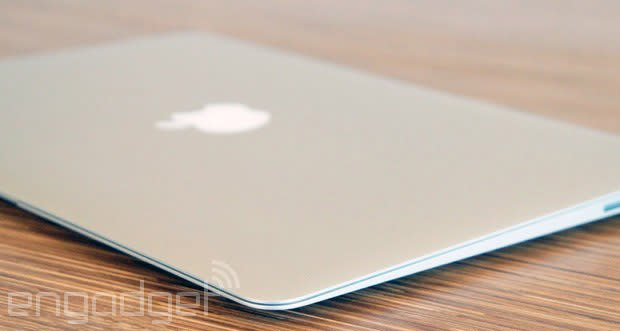 Apple had a very strong second quarter. iPhone sales were up significantly over Q2 2013 and the company pocketed $700 million more in profit than it did during the same period last year, even though iPad sales slipped slightly. The company's third quarter results, released today, reflect a similar trend. At $37.4 billion, revenue is up $2.3 billion over the same period last year, thanks in no small part to boosted sales in Asia. iPhone and Mac adoption remains strong, with 13- and 18-percent increases over the same period in 2013, respectively, but iPad and iPod sales both slipped, registering 9-percent and 36-percent respective drops. Apple sold 35 million iPhones during Q3 of this year, compared to 31 million in 2013, while iPad sales dropped to 13.3 million, from 14.6 million last year.

Still, Apple fell short of expectations. During its Q2 conference call in April, in what's typically a conservative estimate, reps suggested that Q3 revenue could approach $38 billion. Earnings were $600 million shy of that amount, however, with revenue of $37.4 billion and a $7.7 billion net profit, but bested Q3 2013, when Apple posted revenue of $35.3 billion and a $6.9 billion profit. Tim Cook doesn't seem to be concerned about the drop in iPad sales. "This isn't something that worries us," he told the Wall Street Journal. Meanwhile, Apple's projecting boosted revenue in Q4, between $37 and $40 billion -- the company reportedly has quite a few new products in the pipeline, which could impact its balance sheet for the rest of the year. A smartwatch is expected soon, following several related hires, while a larger iPhone may appear this fall alongside the launch of iOS 8.

In this article: aapl, apple, earnings, mobilepostcross
All products recommended by Engadget are selected by our editorial team, independent of our parent company. Some of our stories include affiliate links. If you buy something through one of these links, we may earn an affiliate commission.