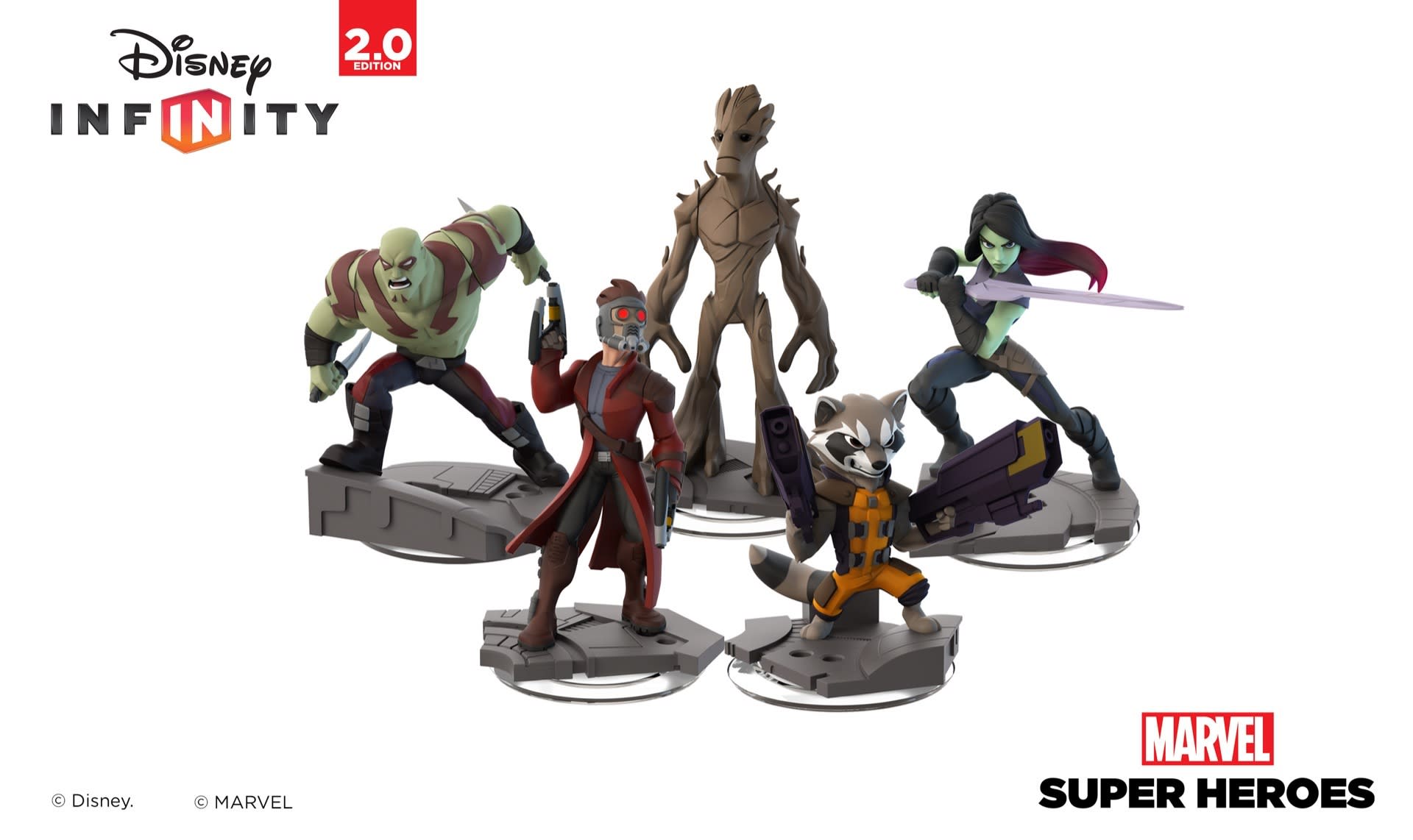 The Guardians of the Galaxy, Marvel's oddball ensemble leaping from comics to film on August 1, are visiting earth in the form of tiny figures. Disney Interactive is preparing a cosmic Play Set for the upcoming launch of Disney Infinity: Marvel Super Heroes, rooted in the likenesses of Groot (the tree), Gamora (the assassin), Drax (the Destroyer), Rocket Raccoon (you know) and Star-Lord. (Star-Lord, man. Legendary outlaw?)

The five space criminals on the cusp of heroism are playable in their own story, joined by a handful of crossover characters from other sets. Iron Man swings by to help out in the battle against Ronan the Accuser, while Nova jets in from the Spider-Man Play Set. Oh, and switch "swings" with "jets" there. Now it's wordplay.

As with all other heroes coming to Disney Infinity 2.0, the Guardians of the Galaxy bust out of their playpen for freeform action in the Toy Box mode. Disney is also releasing themed Power Discs that draw more Guardian elements into the game, including an environment based on Star-Lord's quarters in the drifting station of Knowhere. Have a look at it and all the characters in action in the big batch of screenshots below.

Disney Infinity: Marvel Super Heroes will be available this Fall on PlayStation 3, PlayStation 4, Xbox 360, Xbox One, Wii U and PC. If you'd like to know more, check out Joystiq's preview from E3.

[Images: Disney Interactive]
In this article: disney, disney-infinity-2-0, disney-infinity-marvel-super-heroes, disney-interactive, guardians-of-the-galaxy, microsoft, nintendo, pc, playstation, ps3, ps4, wii-u, xbox, xbox-one
All products recommended by Engadget are selected by our editorial team, independent of our parent company. Some of our stories include affiliate links. If you buy something through one of these links, we may earn an affiliate commission.