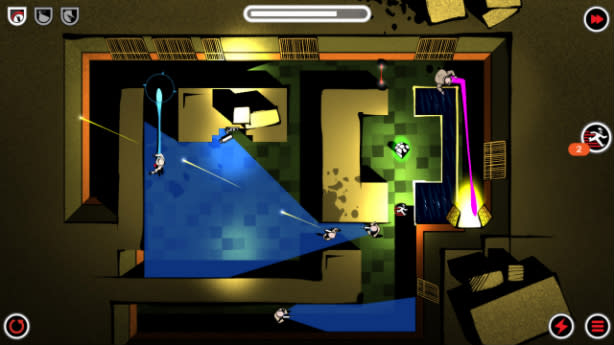 Third Eye Crime has jumped from mobile devices to Steam, available on PC for $5. Third Eye Crime is a jazzy, telepathic stealth game where you play as a criminal who is able to predict where enemies will move as they attempt to capture or stop your ne'er-do-welling. Players are able to lay traps and plant false leads in a top-down world.

Third Eye Crime has three acts, eight environments and more than 120 levels. The game comes from Moonshot Games, a team of former AAA and Bungie developers, and it launched on iOS earlier this year. Moonshot started work on Third Eye Crime last year, after funding for a download-only console shooter, Fallen Frontier, fell through.
[Image: Moonshot Games]
In this article: Indie, moonshot, moonshot-games, pc, STEAM, third-eye-crime
All products recommended by Engadget are selected by our editorial team, independent of our parent company. Some of our stories include affiliate links. If you buy something through one of these links, we may earn an affiliate commission.