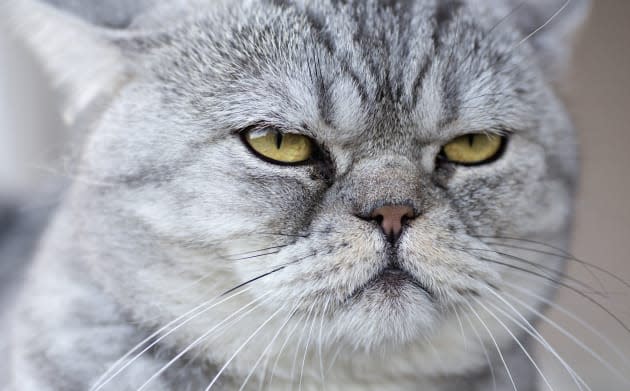 Did you know that a group of cats is called either a "clowder" or a "glaring?" No? Well, if someone decides to target you with the new Cat Facts app for Android, you'll know a lot more about cats than that. See, you can anonymously send a series of trivia about our feline friends to anyone you want through the app. You don't even have to make an effort at sending a stream of annoying cat texts everyday, as you can schedule the app to send out automatically. Cat Facts, for the unaware, is a popular meme that began on Reddit (the seemingly endless source of memes, reaction GIFs and controversies) a couple of years ago.

A user called "imrobert" described how he trolled a stranger with random feline trivia ("Did you know that all cats are born blind? The ability to see comes within the next couple of weeks.") on a thread asking the best prank one's ever pulled. His efforts have inspired another user whose Reddit thread, which shows the mental anguish his cousin suffered due to the incessant barrage of useless Felis catus info, took the website my storm. The rest, as they say, is history.

While this new Cat Facts app will make it easier to target several people at once, it only comes with five free anonymous facts, with more available through in-app purchase. If you don't mind friends knowing that you're the one filling their inboxes with trash, though, you can send as many texts as they want. Obviously, you can always fire up Wikipedia and DIY it on a day off, but the app saves you the trouble of having to type up cat facts yourself.

In this article: android, app, catfacts, memes, mobilepostcross
All products recommended by Engadget are selected by our editorial team, independent of our parent company. Some of our stories include affiliate links. If you buy something through one of these links, we may earn an affiliate commission.