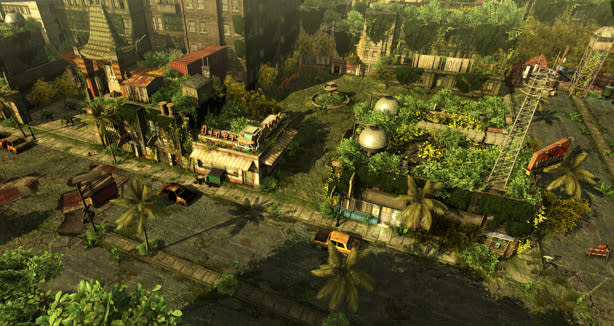 InXile Entertainment revealed that its Kickstarter-funded open-world RPG Wasteland 2 is now "likely" due to launch in early September, pushing past a previously announced August release window.

InXile attributes the delay to fulfillment and shipping of backer pledge rewards, including game discs and physical bonuses. Today's announcement accompanies the release of a new beta version that introduces a mini-map feature, new audio cues, and a major gameplay rebalancing across all areas and encounters, among other additions.

"This has been a labor of love from the entire team and I'm incredibly proud with what they have achieved," Keenan said. "So much of their personalities are found around each corner in the game. We hope you enjoy the attention to detail in the world we all have created."

[Image: InXile Entertainment]
In this article: beta, delay, inxile-entertainment, linux, mac, pc, release-date, wasteland-2
All products recommended by Engadget are selected by our editorial team, independent of our parent company. Some of our stories include affiliate links. If you buy something through one of these links, we may earn an affiliate commission.