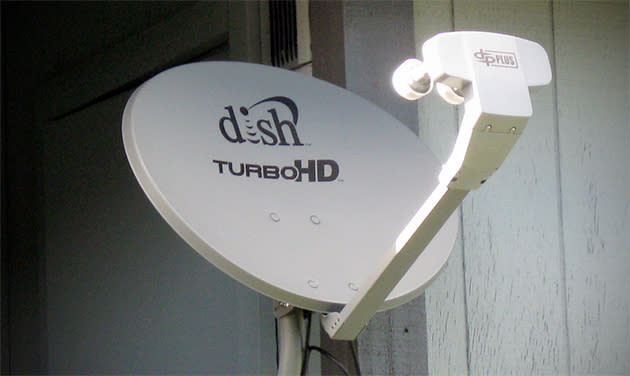 If you're a Dish customer in need of a prolonged Wahlburgers fix, well, you're in luck. The satellite TV provider has renewed its deal with A+E Networks to keep all that kooky, faux-informational content flowing into your living rooms. That by itself isn't much to get worked up over, but here's the kicker: The renewal also means Dish now has the rights to stream live and on-demand shows through a "future multi-stream subscription service"... also known as the internet television service it's been trying to get off the ground.

The deal, which also gives Dish access to content from A+E-owned channels like Lifetime and History, isn't the first bit of wind in its streaming sails. You see, earlier this year, Dish locked up the rights to stream stuff from Disney's massive portfolio, which includes media from ABC and ESPN. A fully fleshed-out online television service still seems like a ways off (despite a tentative summer launch date), but the proliferation of high-speed data connections and services like Netflix and Aereo means we're more than happy spending gobs of time watching television shows away from our televisions. If the end result is as cheap as rumors suggest, Dish just may have a game changer in store for us... even if it doesn't actually make them any money.

In this article: dish, dishnetwork, hdpostcross, streaming, television, tv
All products recommended by Engadget are selected by our editorial team, independent of our parent company. Some of our stories include affiliate links. If you buy something through one of these links, we may earn an affiliate commission.