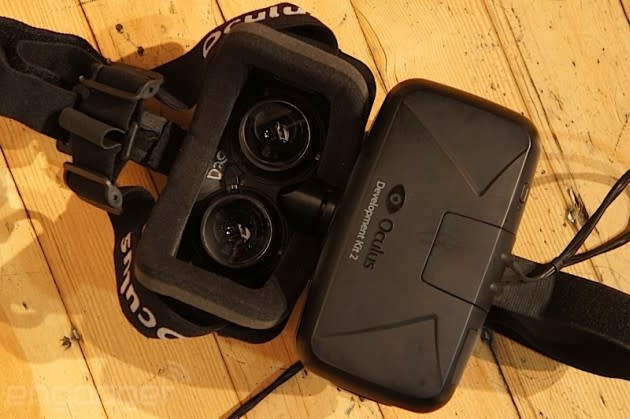 Those virtual reality tie-ins that were all the rage at Comic-Con (Pacific Rim, X-Men, Sleepy Hollow) could just be the tip of the iceberg for the Oculus Rift. Judging by the response they garnered the partnership seems like a no-brainer, and The Information reports that Oculus' new owner Facebook has been meeting with studio execs and individual directors to create special content for the headset. Even though we've already seen examples of how to bring recorded video and live events to VR from companies like Next 3D, the focus here seems to be on companion shorts to start. That's just one way Zuckerberg & Co. can recoup their $2 billion investment, the only question now is what can Hollywood dream up to take advantage of the headset's immersiveness -- and keep from wasting the opportunity as its done so often with tech like 3D and IMAX.

In this article: facebook, hdpostcross, hollywood, oculus, oculusrift, oculusvr, VirtualReality, vr
All products recommended by Engadget are selected by our editorial team, independent of our parent company. Some of our stories include affiliate links. If you buy something through one of these links, we may earn an affiliate commission.