The Big Picture: Gaza conflict as seen from space 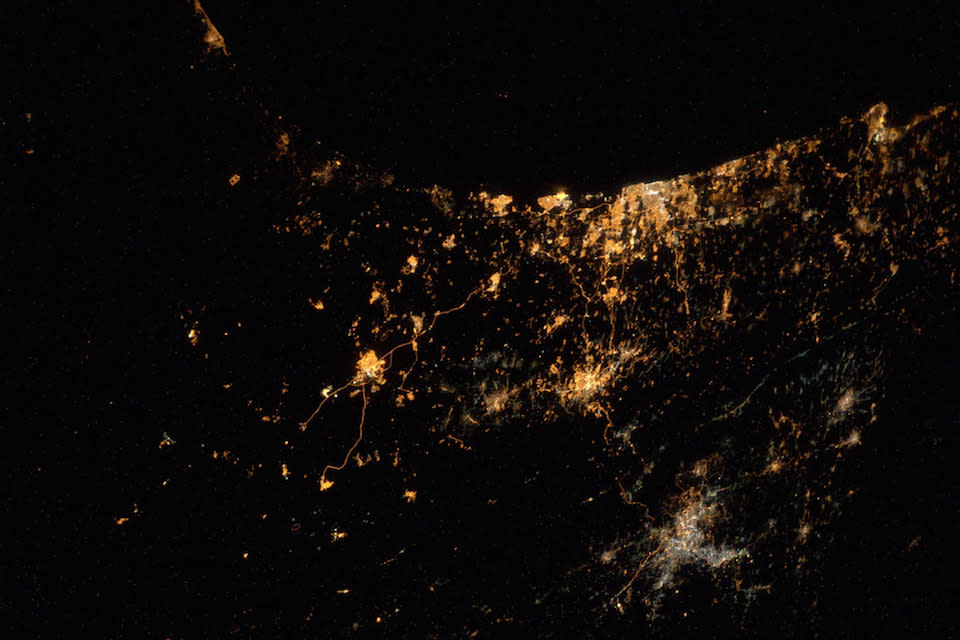 Earth's view from the International Space Station always makes for interesting imagery, and the latest to come from up there is no exception. Recently shared by European Space Agency astronaut Alexander Gerst, a telling picture shows what Gaza and Israel looked like as the ISS traveled over the troubled region. Gerst wrote in a blog post that, although he could see "explosions occur several times" while this was being snapped, the photo doesn't actually depict any blasts. Originally, previous reports suggested it did, but as PetaPixel pointed out, something like that would be extremely difficult "to capture effectively from space." Either way, Gerst described it as his "saddest photo yet."

In this article: Gaza, Gaza Strip, GazaStrip, InternationalSpaceStation, ISS, The Big Picture, TheBigPicture, War
All products recommended by Engadget are selected by our editorial team, independent of our parent company. Some of our stories include affiliate links. If you buy something through one of these links, we may earn an affiliate commission.