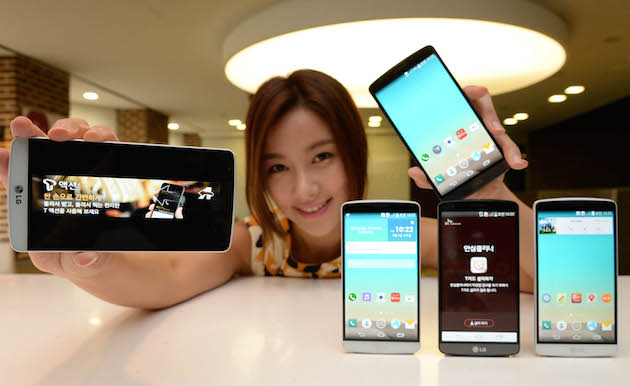 LG has to be pleased by the overall reception to the G3, from press and consumers alike. That said, perhaps in an effort to keep the momentum going, the electronics company just launched the G3 A, a smaller and slightly lower-specced version of its popular flagship handset, the G3. This isn't to say LG's new, 5.2-inch G3 A, which will be available in South Korea through SK telecom, is by any means a dud, as it does sport some pretty good features of its own. The smartphone comes with a 1080p screen, a Snapdragon 800 processor (2.6GHz) alongside 2GB RAM, 32GB of built-in storage, Android KitKat and, best of all, the same 13-megapixel camera found on the G3. Of course, growing the G3 family is nothing novel to LG -- the company announced the G3 Beat recently and, apparently, there's also a G3 Stylus on the way.

7
In this article: G3, G3 A, G3A, LG, LG G3, LG G3 A, LGG3, LGG3A, mobilepostcross, South Korea, SouthKorea
All products recommended by Engadget are selected by our editorial team, independent of our parent company. Some of our stories include affiliate links. If you buy something through one of these links, we may earn an affiliate commission.