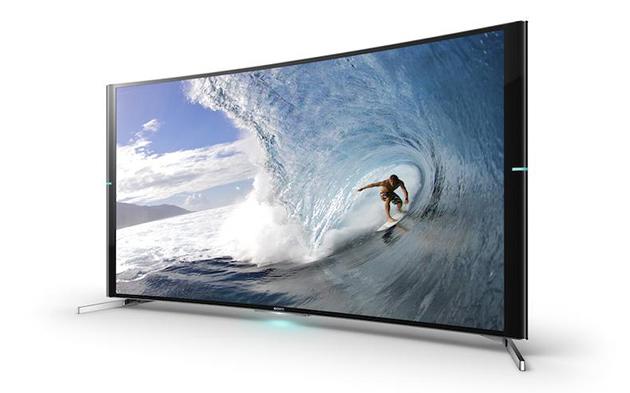 Sony's just announced its first large, curved 4K HDTVs, but is doing things a bit differently from its competitors. The new 65- and 75-inch S90 models have less curve than Samsung or LG's offerings, because Sony says that gives better viewing angles and a more immersive experience. Otherwise, they're packed with the kind of tech you'd expect: an UltraHD Triluminos display with "X-tended dynamic range" for better blacks, active 3D, advanced 4K-to-HD upscaling and angled speakers and subwoofers with 4.2 surround sound. Sony's also baked in social viewing, live football mode for instant tweeting and photo sharing. There's still no pricing, but Samsung's curved 65-inch 4K model is $5,000, and its 78-inch model is $8,000 -- despite Sony's smaller curve, we'd expect at least that.

In this article: 4K, 65-inch, 75-inch, Bravia, Bravia S90, hdpostcross, sony, UltraHD
All products recommended by Engadget are selected by our editorial team, independent of our parent company. Some of our stories include affiliate links. If you buy something through one of these links, we may earn an affiliate commission.