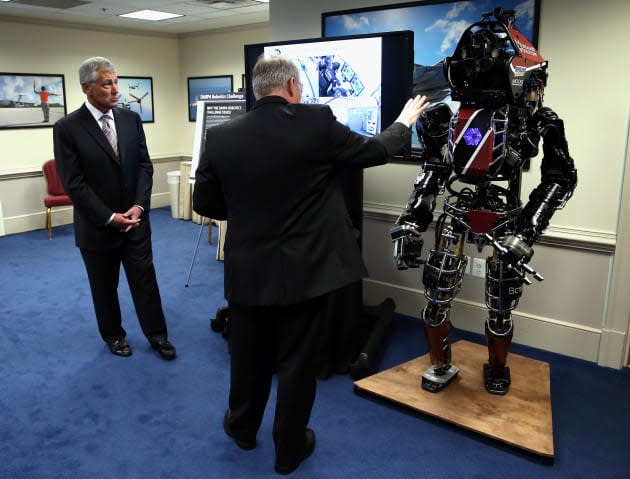 Inside the University of Washington's Center for Game Science (CGS), there's a department that is making video games for children, and it's funded mostly by DARPA. If you'll recall, the Defense Advanced Research Project Agency is the part of the US Department of Defense that looks into emerging tech and its potential use by the armed forces -- things like robots, for example. But in order to gauge software components, the educational titles developed at the CGS cultivate "adaptive learning" tech that could be employed for military training. With tools that foster school-age students' STEM skills, researchers can test a game's adaptive teaching abilities and potential for use in other learning scenarios. Developers examine how AI that changes to suit education level could be leveraged for real-world use, which moves beyond the DOD to include science and biochemistry queries. In fact, it was the CGS' game Foldit that crowdsources scientific research through protein puzzle solving that caught the attention of DARPA in the first place. You can have a look at that particular title on the other side of the break.

In this article: darpa, gamers, gaming, military, software, universityofwashington, video
All products recommended by Engadget are selected by our editorial team, independent of our parent company. Some of our stories include affiliate links. If you buy something through one of these links, we may earn an affiliate commission.