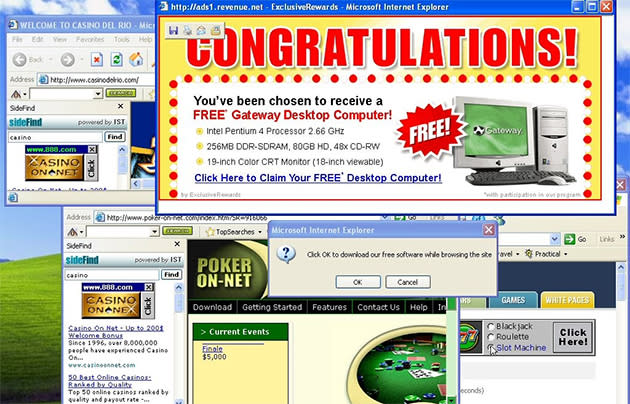 The sad truth of the internet is that lots of the snarky blogs and lovely longform content you can dig into are there because they're commodities companies can sell ads against. The most odious of the bunch? Pop-ups, naturally -- an entire cottage industry sprang up to quash them with extreme prejudice. In a lengthy (but totally worthy) essay dissecting the birth of the ad-supported internet over at The Atlantic, one of the creators of the pop-up ad apologized for what he and his team unleashed upon the world. But how did they come about in the first place?

To hear Ethan Zuckerman -- an early Tripod employee and current head of MIT's Center of Civic Media -- tell it, Tripod's bread and butter became analyzing the sites people created and targeting ads for them. The traditional banner ad could be a tricky proposition for a brand, though, since they could imply some sort of corporate endorsement of whatever's on a given site (Zuckerman mentions a car company mortified to see one of its banners on a site discussing anal sex). That's where the pop-up came in: they allowed ads to appear on a site without actually being on the site. Turns out, Zuckerman was instrumental in making these terrible things, well, a thing. To quote his statement to Wired:

Not only did I deploy what was probably the first popup, I wrote the javascript and the server-side Perl to launch it.

Little did Zuckerman and company know that they inadvertently released a scourge upon the rest of the internet -- as they say, the road to hell is paved with good intentions.

In this article: ads, advertising, apology, pop-up, tripod
All products recommended by Engadget are selected by our editorial team, independent of our parent company. Some of our stories include affiliate links. If you buy something through one of these links, we may earn an affiliate commission.