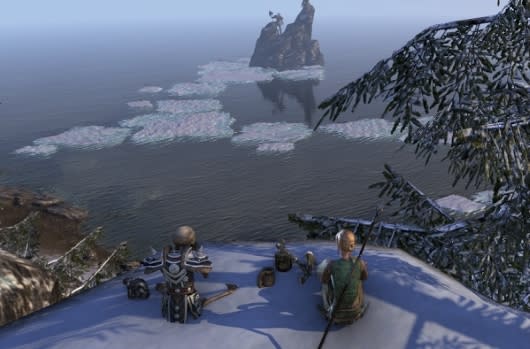 We aren't even nearing the end of 2014, although we've certainly put a good chunk of this year under our belt by now. To me, it feels as though it's been a long run of many gameplay experiences. In 2014 alone, I've played Landmark, The Secret World, Lord of the Rings Online, Guild Wars 2, WildStar, Marvel Heroes, Diablo III, Dungeons and Dragons Online, Neverwinter, RIFT, and Trove. I think that's everything, but I can't be 100% sure.

So what about you? How many MMOs have you played this year so far? It's not an epeen contest or anything, I'm just curious. Have you primarily given your attention to one or two titles, or have you been hopping around like a mad video game bunny?

Every morning, the Massively bloggers probe the minds of their readers with deep, thought-provoking questions about that most serious of topics: massively online gaming. We crave your opinions, so grab your caffeinated beverage of choice and chime in on today's Daily Grind!
In this article: daily-grind, mmos, opinion, tdg, the-daily-grind
All products recommended by Engadget are selected by our editorial team, independent of our parent company. Some of our stories include affiliate links. If you buy something through one of these links, we may earn an affiliate commission.