Hot-rod Tesla Model S will burn rubber and your cash 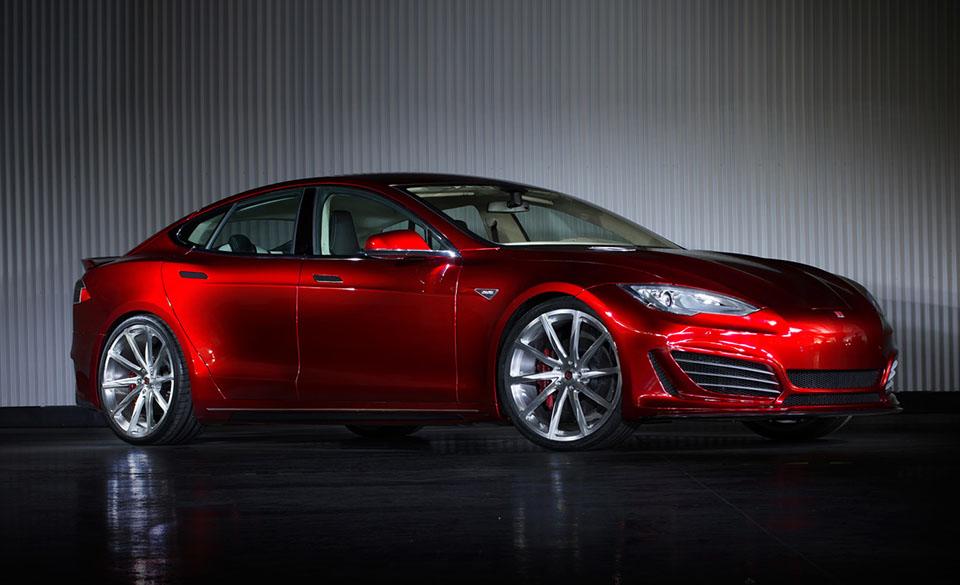 Tesla's Model S P85 can vault from zero to 60 MPH in 4.2 seconds or so -- pretty good for a luxury car with no pistons. Tuning outfit Saleen thought it could top that, though, and has come up with a new version called the Foursixteen. The company also bestows 700HP to Mustangs, but it thinks the Model S "is an entirely new class" of American car equally deserving of such treatment. To that end, Saleen started with the P85 performance variant of the Model S with 416 horsepower and 443 foot-pounds of torque, and changed the final drive ratio for better acceleration. It also added aerodynamic updates, a new suspension, 22-inch wheels, carbon ceramic brakes, a "supercar" interior and a new rear spoiler. The result? A quicker, slicker Tesla Model S that we're guessing won't hit the original EPA range of 265 miles. Oh, and the price: $152,000 instead of around $94,570. Despite its hot-rod status, though, the Foursixteen qualifies for all Federal and state EV rebates -- meaning that depending on where you live, it could be up to $15,000 lower. 10
In this article: Foursixteen, Model S, Saleen, Tesla
All products recommended by Engadget are selected by our editorial team, independent of our parent company. Some of our stories include affiliate links. If you buy something through one of these links, we may earn an affiliate commission.