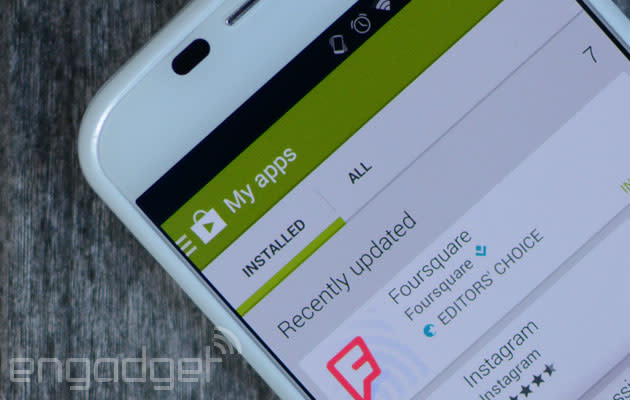 While smartphone apps come in handy for a variety of uses from sharing photos to navigating a new locale, it appears that most folks in the US barely download them at all. According to ComScore, 65.5 percent of those users 18 and above who wield a handset in the US go a full month without visiting their respective app store for new material. This means that 34.5 percent load up at least one new selection every 30 days, and figures indicate that the top 7 percent of users are responsible for around half of a month's total. What's more, the iOS crowd primarily focuses on news, radio, photos, social networks and weather, while the Android faithful fire up Google Search and Gmail most often. And to the surprise of no one, Facebook is tops in terms of popularity and amount of time spent on its app. All of that said, most folks seem to load up their phones with the usual suspects early on, and don't tend to divide their attention too often thereafter.

In this article: apps, comscore, downloads, mobilepostcross, software
All products recommended by Engadget are selected by our editorial team, independent of our parent company. Some of our stories include affiliate links. If you buy something through one of these links, we may earn an affiliate commission.