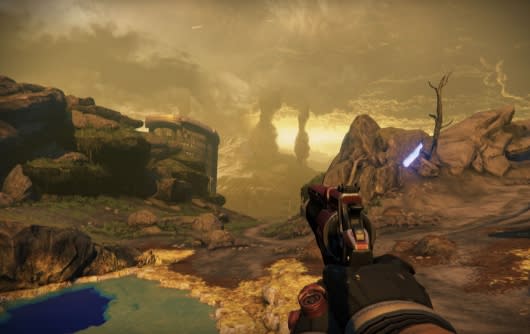 One major staple of online gaming won't be present in Destiny when it launches: trading. The developers have made it clear that all of your gear must be attained with blood, sweat, and tears instead of swapped for another player's loot or bought for virtual bucks.

"We want you to earn 'em. You should be able to tell a badass story for every sweet jewel in your arsenal," Bungie wrote on its blog last week. "Once you earn them, the various Guardians under your account will be able to trade them, but weapons belong to the players who acquire them through action and bravery."

The team reported that it did one final internal playtest of the game this past weekend: "Though Destiny may be basking in the gold light of release, we're already looking ahead to the next milestone, and the next one after that."
In this article: auction-house, beta, bungie, console, destiny, economy, gold, launch, sci-fi, shooter, trading
All products recommended by Engadget are selected by our editorial team, independent of our parent company. Some of our stories include affiliate links. If you buy something through one of these links, we may earn an affiliate commission.