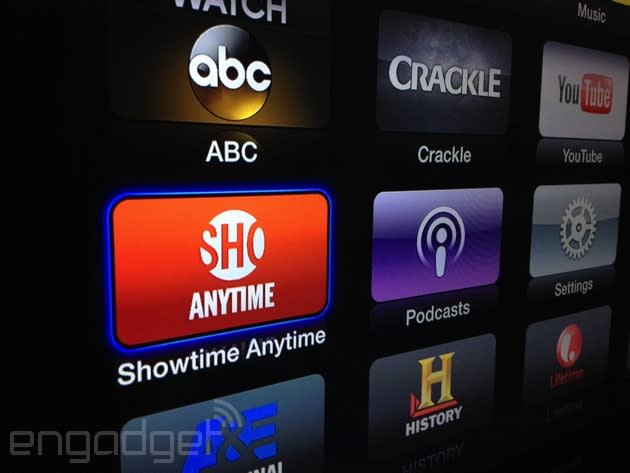 Showtime's Anytime streaming portal has already been available to Xbox 360, Roku and other capable gadgets with the proper cable subscription. Now, Apple TV owners can access the network's library of programming and the cable channel's live feed (East and West coast) via the compact set-top box. Customers on Time Warner Cable, Comcast Xfinity, Cox, DirecTV, AT&T U-Verse, Verizon FiOS, Optimum and Bright House Networks can input their credentials to start streaming the likes of Dexter, Homeland, and Masters of Sex -- just to name a few. If you'll recall, Apple TV also received apps for NFL Now, ACC Sports and WWE Network (among others) over the last few months.

In this article: AppleTV, hdpostcross, showtime, showtimeanytime, streaming
All products recommended by Engadget are selected by our editorial team, independent of our parent company. Some of our stories include affiliate links. If you buy something through one of these links, we may earn an affiliate commission.