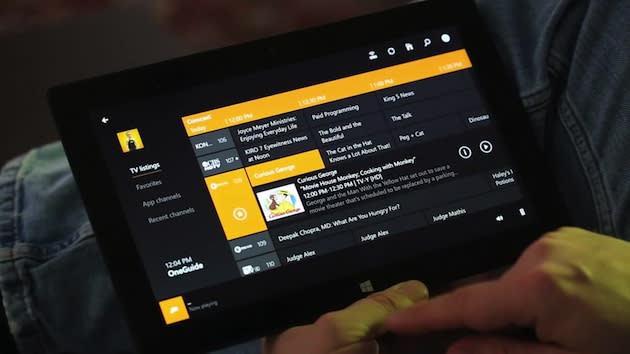 Microsoft has been working hard to make Xbox One SmartGlass more useful and appealing for users, and it's doing a great job so far. The most recent update to the app, however, may just be its best yet. Most notably, you can now record Xbox One game clips directly from the SmartGlass application, making the process easier for gamers who, for example, have a Kinect-less console. In addition to that, you can use the app to view your profile's activity feed, post status updates on it and share stuff that pops up there. New TV and OneGuide features are here as well, although those had been available previously in beta on some devices. Speaking of which, perhaps the nicest part of this refresh is that Microsoft is doing it across the board -- the revamped Xbox One SmartGlass is available for iOS, Android and Windows Phone.

In this article: Gameplay, hdpostcross, Microsoft, Microsoft Xbox One, mobilepostcross, SmartGlass, Xbox One, Xbox One SmartGlass, XboxOne, XboxOneSmartGlass
All products recommended by Engadget are selected by our editorial team, independent of our parent company. Some of our stories include affiliate links. If you buy something through one of these links, we may earn an affiliate commission.